Remission
as a goal of inflammatory arthritis treatment

Until recently, the idea that remission could be a goal of treatment seemed unrealistic and impossible for many of us living with inflammatory arthritis. However, that has changed.

Research shows that different medications, and combinations of medications, increase the chances of achieving remission. For example, patients with rheumatoid arthritis who are treated with a single conventional disease modifying anti-rheumatic drugs (DMARDs) have lower chances of achieving remission than do patients who are on combination DMARD therapy or a combination of methotrexate with a biologic response modifier.

In addition to medications, other factors have been associated with increased chance of remission including: older age, lower body mass index, being a non-smoker, having a shorter duration of symptoms and a low erythrocyte sedimentation rate (ESR - a measure taken of the blood to determine a person's level of active inflammation). A recent study also found that women were less likely to be in remission than men; 17% and 30% respectively.

What is remission?
Remission is defined as the "nearly complete suppression of the inflammatory process or absence of evidence of disease activity".

While there are differences in the established criteria for defining remission, the American College of Rheumatology (ACR), the United States Federal Drug Agency (FDA) and the European League Against Rheumatism (EULAR), have very similar components including: In addition to these criteria, imaging techniques such as X-Ray, MRI and CT scans, are also increasingly used to determine if a patient is in remission. The use of these tools seems particularly important as research shows that even if a patient has met all the criteria for remission, the disease may continue to smolder, doing structural damage to the joints.

Achieving remission: treating the underlying disease process
Remission is, for the most part, a product of the right treatment at the right time for the right patient. A key aspect of an effective treatment regimen is addressing the underlying disease. As forms of inflammatory arthritis, such as rheumatoid arthritis, psoriatic arthritis and ankylosing spondylitis, are autoimmune diseases, gold-standard treatments target specific aspects of the disease process.

Disease modifying anti-rheumatic drugs ("DMARDs")
These drugs are slower acting, typically taking about 3 months - sometimes longer - to take effect. They include: For most types of inflammatory arthritis, DMARDs remain the choice of conventional first line therapy. However, research shows that when DMARDs are used alone, remission rates are low with less and one-fourth of patients achieving remission.

For that reason, today, patients are often started on a combination of DMARDs as soon as they are diagnosed. This helps to increase a patient's chance of achieving remission. Studies have shown that remission rates for patients taking a combination of DMARDS ranges from 10%-65%, being highest when the treatment regimen is closely monitored and adjusted in order to achieve a low level of disease activity.

However, if a patient fails on a number of DMARDS (as well as combinations of DMARDs) and still has uncontrolled disease, a biologic response modifier may be recommended.

Biologic DMARDs ("biologics")
These are the newest class of medications used for treating the most common forms of inflammatory arthritis. Biologics provide faster-acting (2-12 weeks) and targeted action against specific aspects of the disease process, with patients being able to notice the effectiveness of the drug within approximately 3 months of starting. Some experience a dramatic benefit within days or a few weeks.

Currently, there are 6 biologic medications available in Canada for treating various forms of inflammatory arthritis. These include: It is important that patients and their health care providers have access to a broad range of medications. Through research we know that the disease involves a number of different molecules that cause or promote inflammation - the one symptom that is so devastating and damaging in inflammatory arthritis.

Making decisions about treatment:
is switching from one biologic medication to another effective?

Living with inflammatory arthritis means having to make many decisions about treatment. Increasingly, one of those decisions centers on switching from one biologic medication to another, either because of treatment failure, or as part of the journey to discovering which treatment cocktail works best.

As well, governments and private insurance payers often need to make decisions about criteria for medication reimbursement coverage. These criteria frequently put forward an order in which biologics must be tried to qualify for reimbursement. Some provincial pharmacare programs have required that two anti-TNF medications be tried and failed by a patient before another biologic is tried.

As provincial pharmacare programs and private insurance plans vary widely, it is useful to examine the evidence around retrying anti-TNF biologics when a patient has already failed one. New treatment targets in the pipeline
There are a range of new medications under development for the treatment of rheumatoid arthritis and other forms of inflammatory arthritis, such as psoriatic arthritis, ankylosing spondylitis and lupus. Some of these medications have similar molecular targets to the drugs currently available, while other drugs under study focus on new targets, or aspects of the disease. All of these medications are in varying stages of development. Some have recently received approval from the Food and Drug Administration (FDA) in the U.S., while others are in Phase II and Phase III clinical trials.

Anti-TNF medications
Tumor necrosis factor (TNF) is a cytokine (protein) that promotes inflammation in the body, which contributes to pain and disease progression. Interleukin drugs
Interleukins are a group of cytokines that pass information between the cells, playing an important role in immune function and inflammation in the body. While there are many types of interleukins, two in particular have shown to be important targets in the development of medications for the treatment of forms of inflammatory arthritis such as rheumatoid arthritis, psoriatic arthritis and lupus: interleukin 6 (IL-6) and interleukin 15 (IL-15). 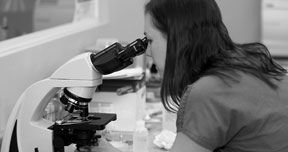 B cell drugs (anti CD20)
Through research, we now know that b cells play an influential role in inflammatory arthritis including rheumatoid arthritis and systemic lupus erythematosus, by releasing pro-inflammatory cytokines (including tumour necrosis factor- ), which creates rheumatoid factor and other autoantibodies, and activating T cells. Two new medications under study are: Other medication targets In addition to new targets, many of the biologics currently available to treat rheumatoid arthritis are under study for other types of inflammatory arthritis such as lupus, ankylosing spondylitis and juvenile idiopathic arthritis. For more information on clinical trials see http://clinicaltrials.gov/

We hope you find this information of use. Please tell us what you think by writing to us or emailing us at info@jointhealth.org. Through your ongoing and active participation, ACE can make its work more relevant to all Canadians living with arthritis.

Update your email or postal address

Please let us know of any changes by contacting ACE at info@jointhealth.org. This will ensure that you continue to receive your free email or print copy of JointHealth™ monthly.

Arthritis Consumer Experts (ACE) provides research-based education, advocacy training, advocacy leadership and information to Canadians with arthritis. We help empower people living with all forms of arthritis to take control of their disease and to take action in health care and research decision making. ACE activities are guided by its members and led by people with arthritis, leading medical professionals and the ACE Advisory Board. To learn more about ACE, visit: www.jointhealth.org

ACE thanks these private and public organizations and individuals.

The material contained on this web site is provided for general information only. This web site should not be relied on to suggest a course of treatment for a particular individual or as a substitute for consultation with qualified health professionals who are familiar with your individual medical needs. Should you have any health care related questions, you should contact your physician. You should never disregard medical advice or delay in seeking it because of something you have read on this or any web site.

This site may provide links to other Internet sites only for the convenience of World Wide Web users. ACE is not responsible for the availability or content of these external sites, nor does ACE endorse, warrant or guarantee the products, services or information described or offered at these other Internet sites.

Although the information presented on this web site is believed to be accurate at the time it is posted, this web site could include inaccuracies, typographical errors or out-of-date information. This web site may be changed at any time without prior notice.