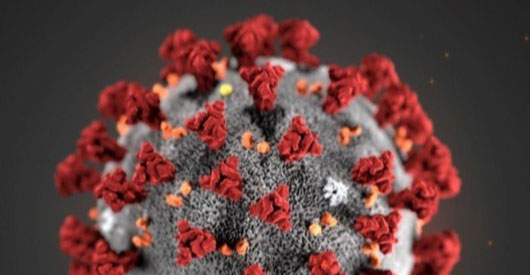 COVID-19 vaccine passports: Where does your province or territory stand?

COVID-19 vaccines provide instructions to your body's immune system to recognize and fight off the virus that causes COVID-19. Free vaccines are available to everyone who lives in Canada and the provinces and territories have developed detailed vaccination rollout plans for their residents.

On September 1, Quebec became the first province to implement a COVID-19 vaccine passports system. Ontario, Prince Edward Island, Manitoba and B.C. have announced they will also introduce their own vaccine passports.

The vaccine passports, essentially certificates which confirm vaccination, will enable people to do such things as eat out at restaurants, work out at gyms, or attend live concert performances. The hope on the part of provincial governments is that they will also encourage people to get fully vaccinated, which is what has occurred in Quebec and British Columbia where more people got vaccinated when those provinces said they were introducing passports.

That’s important because there has been a flattening of the vaccination rate across Canada. Approximately 67% of the population is now fully vaccinated. That number needs to be between 90% and 95% to really keep everyone safe from the COVID-19 virus according to health experts.

Here’s a look at what the provinces and territories have said about their proof-of-vaccination programs or decision not to have one.

Residents of B.C. will need a vaccine card to get into restaurants, clubs, ticketed sporting events and organized affairs such as weddings in the coming weeks. Starting September 13, people will have to show proof of having had a single dose of a vaccine to enter gyms, fitness centres and casinos. After October 24, those aged 12 and older will need to be fully vaccinated at least seven days earlier. The government says the B.C. vaccine passport will be downloaded onto mobile phones. For more information about the B.C. vaccine passport, click here.

Alberta has voiced strong opposition to vaccine passports and “has not and will not” mandate proof of vaccination for domestic use. However, the province said a printable vaccination card will be available for download soon to show to any entity that requires proof.

Saskatchewan has rejected calls for a vaccine passport, but the government said it will support any business or organization that chooses to mandate proof of vaccination. The province is developing a digital QR code to be used by local businesses.

Manitoba launched a vaccine card — both digital and physical — in June. On September 3, the province is expanding the areas where it will be required. The list includes indoor and outdoor ticketed sporting events and concerts; indoor theatres and cinemas; restaurants including patios, nightclubs, gyms and casinos. Commenting on the introduction, Health and Seniors Care Minister Audrey Gordon said in a statement: “Manitoba’s vaccine passport benefit will help encourage greater vaccine uptake, which is necessary to protect our health-care system from the COVID-19 fourth wave.”

For more information about the Manitoba vaccine passport, click here.

Ontario will require residents aged 12 and older to show their vaccine receipt and a piece of government-issued photo ID starting September 22 to access the indoor areas of restaurants and bars, nightclubs, meeting and event spaces, gyms and theatres. As of October 22, residents will receive a QR code that will serve as proof of vaccination, which businesses can scan using a government app. Proof of vaccination will not be required to access services including retail stores and hair salons.

For more information about the Ontario vaccine passport, click here.

Quebec launched its vaccine passport on September 1, which is required to access certain non-essential activities and businesses, including bars, restaurant dining rooms, gyms, festivals, sports venues, cinemas and other large-scale events. It will also apply to all indoor sporting activities and outdoor sports that involve prolonged contact. The proof of vaccination can be uploaded to the VaxiCode smartphone application, or it can be presented as a PDF or in paper form. There is a two-week grace period but as of September 15, people and businesses in violation of the health order could face hefty fines in the thousands of dollars.

For more information about the Quebec vaccine passport, click here.

New Brunswick says vaccine passports are not needed for now but could be issued in the future to make it easier for residents to travel within Canada. Premier Blaine Higgs says the province’s COVID-19 situation is manageable, but he says if other provinces start requiring vaccine passports, New Brunswick may have to offer residents a way to prove they are vaccinated. The province is also seeking guidance from the federal government, which plans to introduce a vaccine passport in the early fall for international travel.

In August, Nova Scotia’s top doctor said the province was not looking to impose a vaccine passport system. Dr. Robert Strang, the province’s chief medical officer of health, said individual businesses or organizations could decide to employ them, but he said they should consider the legalities around doing so. Nova Scotia Premier Tim Houston said he would defer to Dr. Strang and health officials to see what is ultimately recommended.

The province allows residents to download proof of their COVID-19 vaccination online in case they need it when travelling elsewhere, but Newfoundland and Labrador does not have a vaccine passport system of its own.

Prince Edward Island does not have a vaccine passport, but it requires travellers or residents returning from another province to register using the PEI Pass. The pass is available to those who have had one dose or are fully vaccinated, depending on where they’re coming from. The pass exempts travellers from isolating upon entry to the province.

For more information about the PEI Pass, click here.

The territory has not committed to bringing in a proof-of-vaccination card, but privacy commissioner Diane McLeod-McKay joined her colleagues across the country in May emphasizing that passports must meet the highest level of privacy protection.

In the Northwest Territories, residents can request their vaccination records, but the territory says it will not create a vaccine passport system.

Nunavut has said that it won’t have its own vaccine passport system, but that it will comply with federal requirements as they are decided.

Looking for more information about the COVID-19 vaccine? Click here.